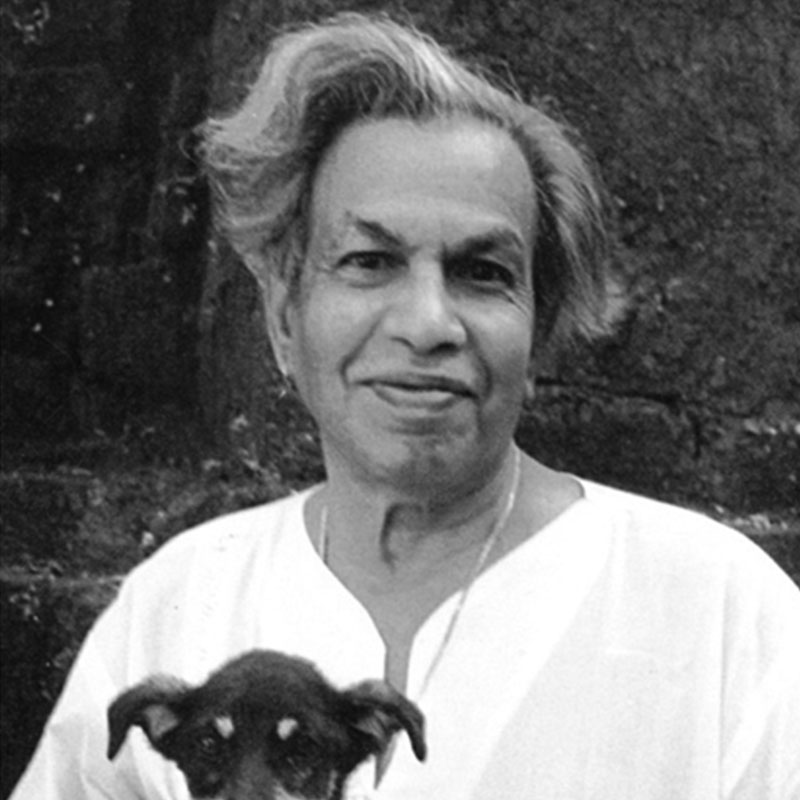 Born in Baroda in 1920, Sadanand Bakre was a leading Modernist and one of the members of the Bombay Progressive Artists’ Group, known for his innovative sculpting techniques. When his family moved to Bombay, Bakre joined the Gokhale Education Society school. Noticed by his drawing teacher and encouraged to paint, he took up painting seriously. He held his first solo exhibition of drawings of figures, pastel work, still life, watercolor landscapes, and clay models of drapery, at the age of 16 at the Gokhale school.
In 1939, Bakre joined the Sculpture department of the Bombay School of Art. He was trained in the Academic Realist style, learning to model in clay and making plaster and bronze casts. His talent was soon recognized and he won several awards for his sculptures at art exhibitions. He received a Diploma in Sculpture in 1944 and was awarded the Lord Harding Scholarship.
Bakre’s talent was encouraged by the leading art critic Rudy von Leyden, who introduced him to the modernist movements in America and Europe. Like many of his generation, Bakre's development as an artist followed the trajectory of moving from academic realism to abstraction, in his paintings as well as his sculptures. The decade of the 1960s was one that saw the evolution of Bakre's vocabulary and style. From "spiky forms," he had, by the late ’60s, moved to more simplified forms with a growing interest in structure. Bakre's paintings and sculptures were shown and appreciated at several significant galleries in Europe and Mumbai. After time spent in Europe, the artist eventually returned to India in the 1980s and settled down in the Konkan region of Maharashtra, where he died in 2007.

Member since 3 years ago
View Profile